This page in other languages: Deutsch - Français - Polski

Dirt is a Material in Raft.

Dirt is a fairly uncommon item. It is first available on Large Islands and Shipwreck Island by using a Shovel on piles of Dirt. Later in the game, more sources of Dirt become available. The piles are only found on land, in the form of a small pile which glows like other resources. Around three to eight dirt patches can be found on a single Large Island, and mainly inside caves.

When digging for Dirt, there is a chance of getting one additional item. 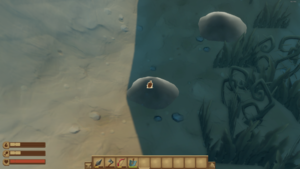