As part of the Unified Community Platform project, your wiki will be migrated to the new platform in the next few weeks. Read more here.

This page in other languages: Español

Metal Axe is a Tool in Raft.

The Metal Axe is a faster and more advanced version of the Stone Axe. It can chop down trees and remove parts from the raft, returning half of the resources used to craft said item. Hitting any item intended for the axe will deplete its uses, regardless of the item actually being harvested.

The Metal Axe cannot be used as a weapon. 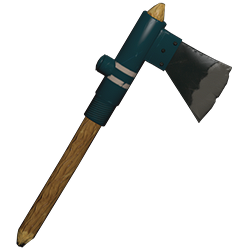