We are introducing multiple new building blocks this patch - triangular half foundations, roof, floors as well as the ability to place all building blocks diagonally. You can now fulfill your dreams and build a true round light house, or make the awesome boat / house you have always wanted to build! 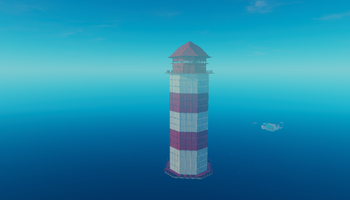 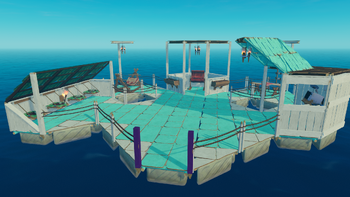 We have added a Help Center button to the main menu and in the pause menu. We have also added the ability to leave the game without saving - so if you encounter an issue, you can safely leave the game without having to worry about saving a corrupted world, etc! We have tons of articles that are updated regularly with information about issues and how to fix them, as well as common questions over at the help center. You can now also submit a ticket and report any bugs or issues you come across directly to us developers! The image below are two seperate merged screenshots. 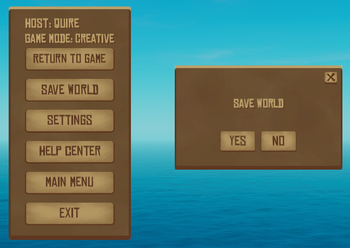 We all know that the dear shark is public enemy number one, even though he just wanna be your new best friend. We hear you, and have increased the respawn timer from 100 seconds to 180 seconds, so you get room to breathe (or dive) before he comes back to eat your raft hug you!

We have added quick build and paint, so you will now have a much easier time building your awesome rafts without having to destroy your precious left click!

If you don't wanna have quick build on, you can turn this off in the settings: